One of the greatest hidden benefits to usability testing is gaining credibility with both faculty and administration. Don’t get caught in an endless debate about whose opinion is correct or how your website should be structured. Instead, get yourself to a place where everyone is comfortable asking, “What does the data say?”

Learn how to use online tools and student email addresses to gather data fast. The value of this data is immeasurable. Usability testing, in addition to data analysis, will arm you with the information you need to cut through internal politics. 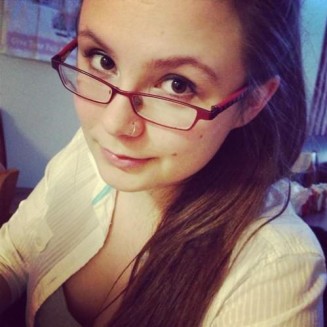 Erin is social media manager at Dartmouth College and contributing editor of the Higher Ed Live Blog. Erin holds a Bachelor of Science in Journalism from Rochester Institute of Technology. Connect with Erin on twitter, @erinsupinka.

Sylvia is director of web programming and development in the Office for Institutional Advancement at Farmingdale State College. In this position she oversees the college website and content management system, and in 2015 was project manager for the college’s latest web redesign.

A 2004 graduate of Farmingdale, where she was class valedictorian, she has held two other positions at the college, where she has been employed since 2005. She was the Annual Fund Coordinator in the Development Office, and Web Manager for Alumni Affairs. Sylvia has earned a number of awards during her time at Farmingdale, including the college’s Exceptional Service award; and two “Best in Category” awards from SUNYCUAD, the state university’s professional development organization.

She holds a BS in Computer Information Systems from Farmingdale and an MS in Information, Design and Technology from SUNY Polytechnic Institute, where she was named Outstanding Graduate Student.

Chrisanne has been the director of marketing and communications at Diablo Valley College for ten years. Prior to being named director, she worked as a part-time writer and publications editor under the former director. During her 16 years at the college she has seen a downsizing of staff and an increase in responsibly, the most significant of which was the shift of the college website from IT to Marketing. Now with a staff of three, (only one dedicated to the website) at a college of over 20,000 students each semester, Chrisanne is getting better and better at creative solutions to getting work done.

Chrisanne lives in Lafayette, California with her husband and has two grown sons who are successful young professionals and a daughter at UCLA; all attended Diablo Valley College out of high school. She was born in Oakland and has never lived more than 20 miles from the hospital where she was born. She loves the Bay Area and has never been given a compelling reason to leave.